I've been thinking and wonder, how does internet speed really matters now that we are facing this pandemic.

In my old post, How fast DITO Telecom internet speed, where DITO is spotted at BGC its server on Ookla’s Speedtest website. There are test been made as their technical launch. Part of the requirements provided by the government is at least 27 megabits per second (Mbps).

So I go ahead and check out Speedtest Global Index to see how does our internet speed doin so far.

So I came across this Speedtest Global Index, found out that Philippines having good improvements regarding with our internet speed. According to the report, Philippines’ jump 14-notch in the ranking in mobile Internet connection speed that currently ranked in top #96.

As I do may research, last November 2020, the country’s average mobile Internet speed is 18.49 Mbps compared to December 2020 registered at 22.50 megabits per second (Mbps).

In a post from businessmirror.com.ph, "With a total of 118 million tests conducted in all of the country’s regions, cities and municipalities throughout 2020, the monthly increase in speed of 4Mbps for mobile from November to December".

The counter also ranked in top #100 for its Fixed Broadband.

According to Ookla Speedtest, "the results are updated mid-month for the previous month. January 1, 2019 onward countries must have at least 300 unique user results for mobile or fixed broadband to be ranked in either category. Prior to January 1, 2019 we required 670 unique user results for mobile and 3333 for fixed broadband."

The Speedtest Global Index compares internet speed data from around the world on a monthly basis. Data for the Index comes from the hundreds of millions of tests taken by real people using Speedtest every month. learn more here...

What seems to be the reason why we are now having this improvement?

Back August 3, 2020, DILG says that telcos can now secure permits to build towers in less than a month.

President Rodrigo Duterte’s wanted to improve digital infrastructure in the country, the Department of the Interior and Local Government (DILG) said that it will now take less than a month to secure government permits to build telecommunications towers in the country from the previous 6-7 months.

Another thing soon will be the Open Access Bill. This aims to build up competition of networks, empower small broadband providers to build and operate on areas that are not considered feasible by network giants, and provide consistent regulations for data transmission networks. 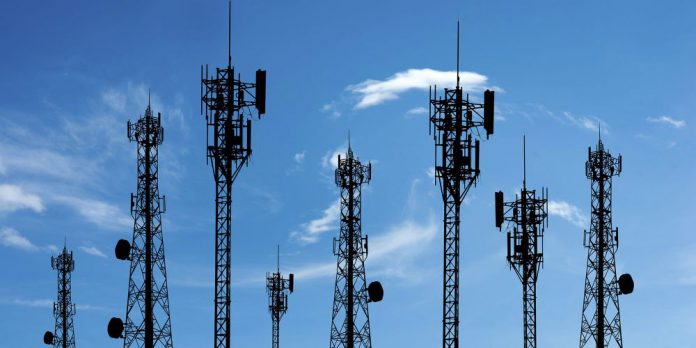 Philippines Still One Of the Slowest Internet Speed In Asia

The main reason why our country is still branded with its slow internet speed is because we are severely lacking of cell sites towers.

Here in the Philippines, we only have measly 16,400 active cell sites that serve up to an estimated 67 million internet users.

Even though we are one of the slowest internet connections in Asia, OOKLA said that our country gained a stunning improvement in internet speed from 2019 to 2020 with an increase of 9.92% in mobile internet speed and 40.75% in fixed broadband internet speed.

How Can DITO Telecom will Impact The Ranking?

The internet will be affordable with the arrival of  DITO Telecom — the third telecommunications company giant that provides fast, reliable, secure, and more affordable service for the public.

Since it is one of the major telecommunications player, it will be more competitive with it comes to pricing and services.

Dito committed to initially cover 37 percent of the whole Philippines with a minimum Internet speed of 27 Mbps through a P150-billion capital and operational expenditures budget.

Its five-year commitment entails a P257-billion investment that will result in an 84-percent nationwide coverage with a minimum Internet speed of 55 Mbps.

One of the most awaiting was how affordable it will be and what are the DITO promos.

The global internet speed ranking is just part of knowing how does each countries doing with the improvements of their digital economy.

Learning something from it was really important for some people like me. But for others that doesn't really needed it, will just leave it there and hoping for a better service that they wish for.

We are just very proud that our country keeps moving forward and eager to have a better future for all of us.

Now that DITO will start very soon, expect that we will see a huge improvements in our internet speed ranking globally.

Cannot wait to witness it.